Minimize the effort to producing the highest quality code 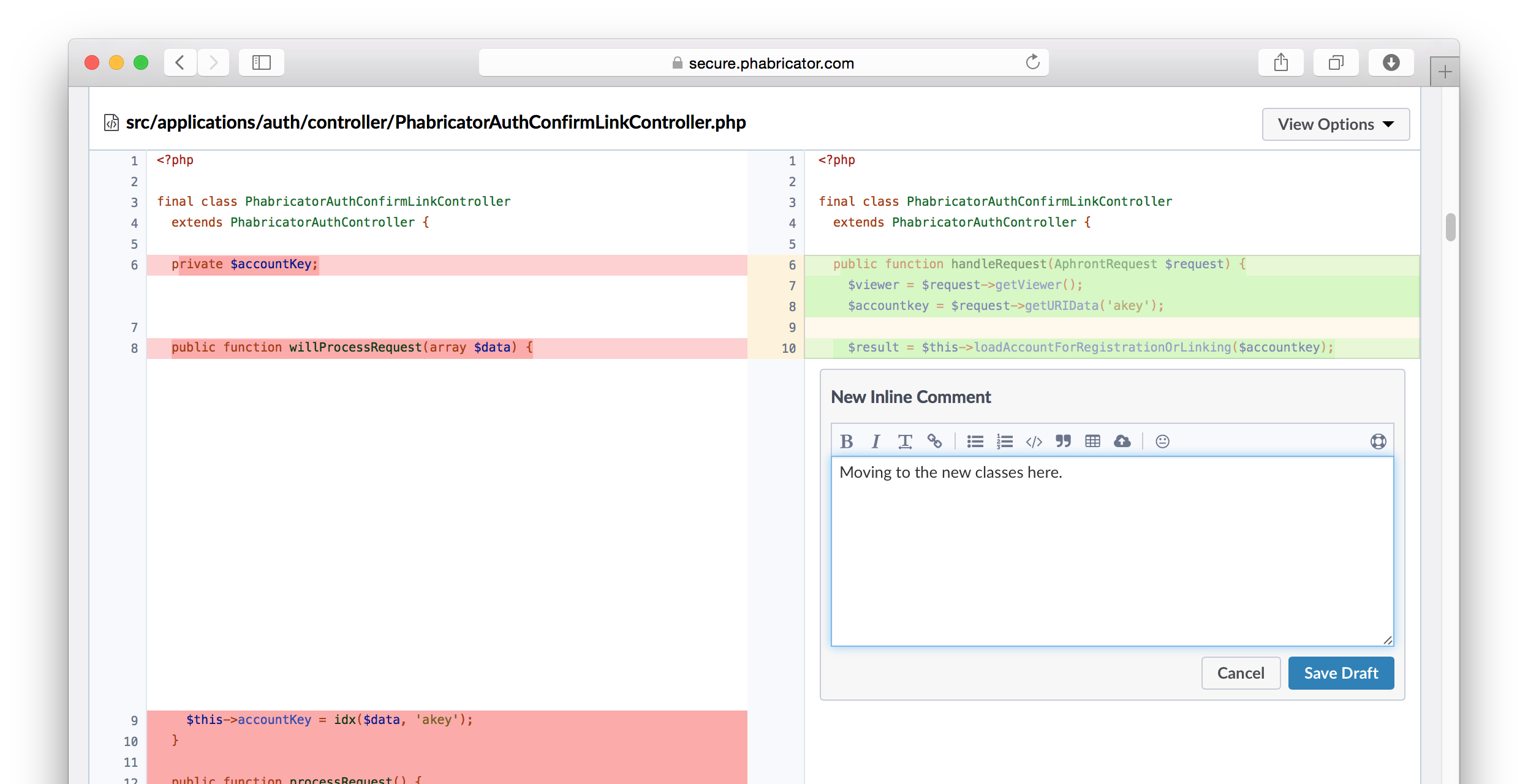 The heart of Differential is its side-by-side code review, which gives developers full context for the changes being reviewed. Inline commenting makes it easy to offer precise feedback. See comments from previous diffs, and mark items you've resolved as Done. 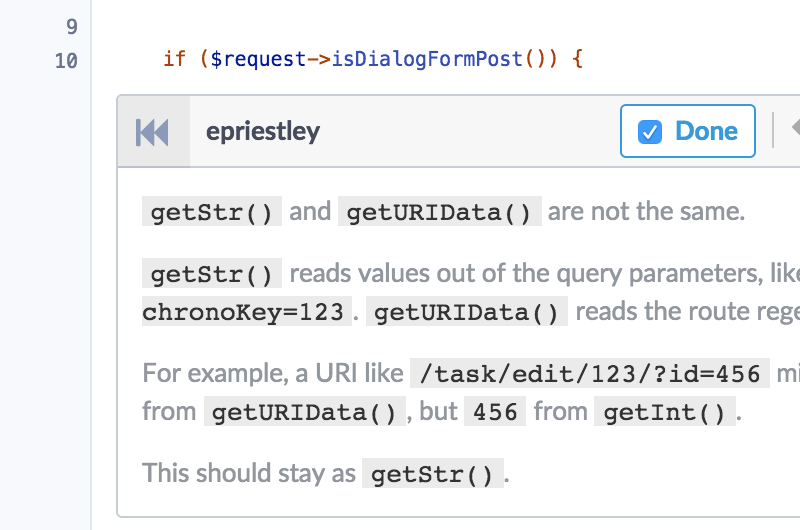 Code review in Differential is a lightweight, asynchronous web-based process, with the ability to make the workflow faster with the command-line tool Arcanist. This gives Phabricator a write, review, then merge workflow, which is different than most pull-request methodologies. Read More... 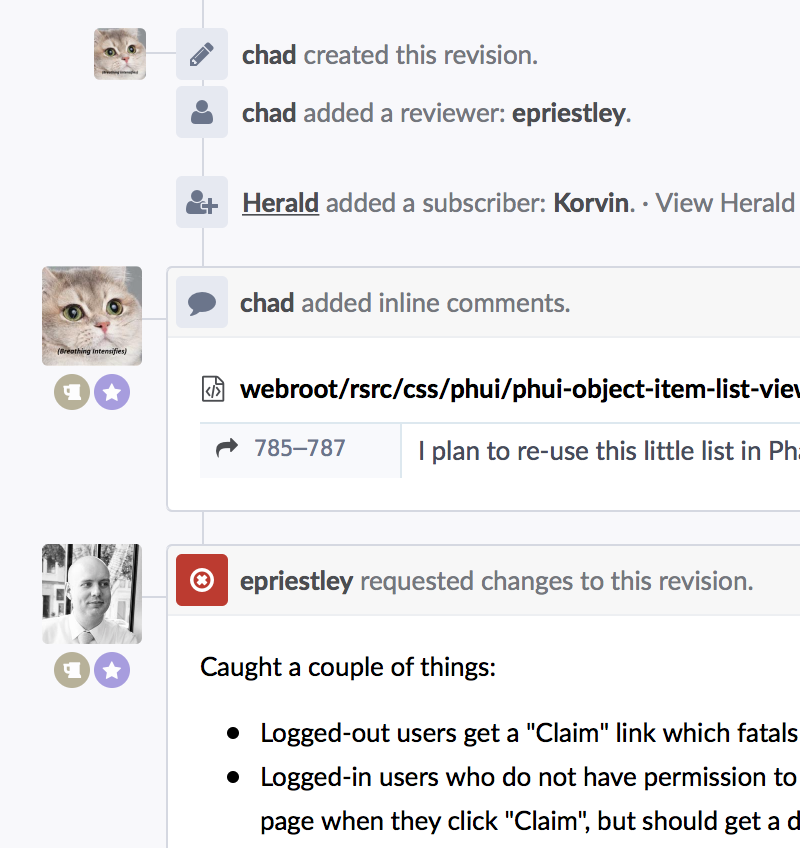 Phabricator uses Arcanist, a set of command-line tools, to interact with diffs as well as other features in Phabricator. Arcanist wraps Git, Subversion, or Mercurial depending on your platform of choice. Using Arcanist to manage code comes with additional benefits, when configured, such as lint and unit-test support. Using Arcanist is entirely optional, but generally worth the effort. You can read more details on Arcanist in the Online Documentation. 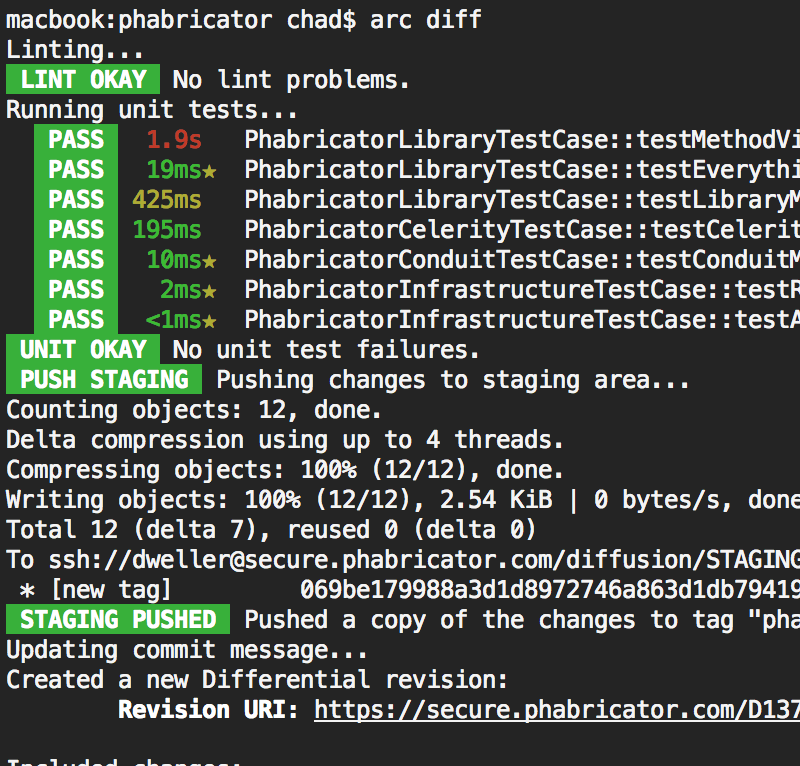 Commit messages can take automatic actions in Maniphest, like associating your diff to a task with Fixes T1231 or reference with Ref T2131. If your diff fixes a bug/task, when you land the commit, Phabricator will close the task for you. 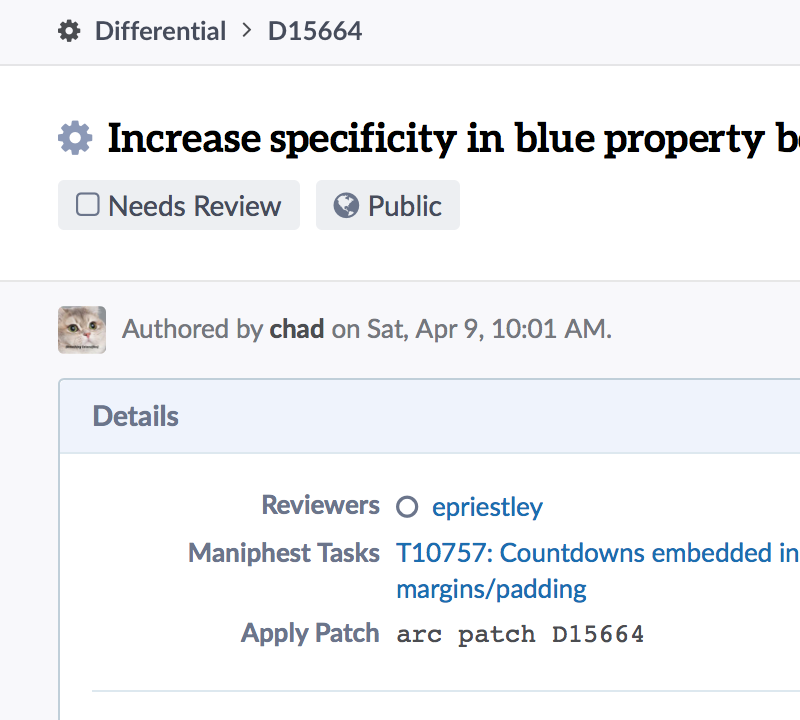 Guard your code with Herald

If you're interested in keeping track of changes to certain parts of a codebase (e.g., maybe changes to a feature or changes in a certain language, or there's just some intern who you don't trust) you can write a Herald rule to automatically CC you on any Differential revision which match rules (like content, author, files affected, etc.) 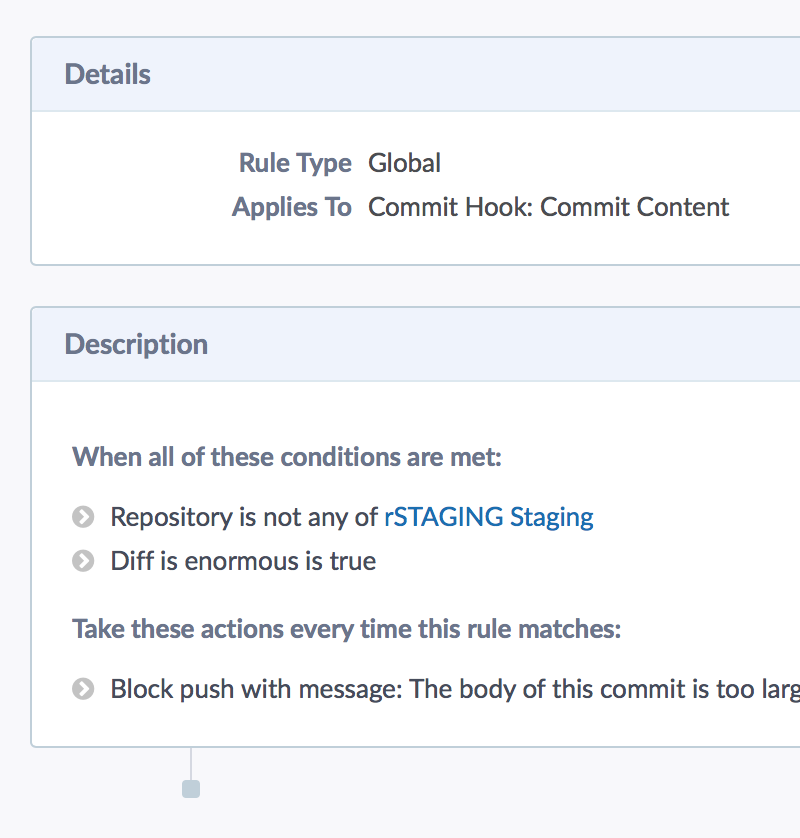